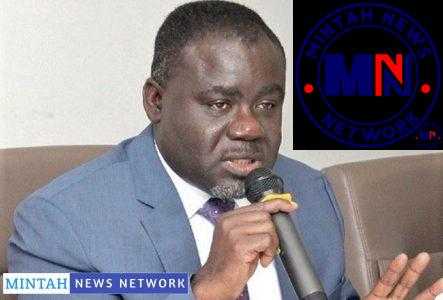 The Minister of Transport, Kwaku Ofori Asiamah, says safety and security are a priority of the aviation sector and that sustaining the industry requires stringent and robust security systems.

“Our progress in the aviation industry will never be sustained if we do not work together with neighboring countries and other players in the industry,” he noted.

Commissioning a L3 Pro-Vision two body scanner and nine explosives and narcotics trace detectors at the Kotoka International Airport (KIA) in Accra, Mr. Asiamah indicated the need to continue to remain vigilant in the wake of emerging security threats in the sub-region.

He said aviation remained a symbolic target for terrorists but effective collaboration by players in the aviation industry would neutralize the threats.

“Our safety and security can be guaranteed through information sharing and adhering to regulatory standards in the industry,” he noted.

The safety and security equipment were donated by the US Government to help the Ghana Airport Company beef up security activities at the passenger checkpoint for outbound flights at KIA Terminal Three.

The minister appealed to the Transport Security Administration of the United States Department of Homeland Security to further engage the Government of Ghana in the spirit of international cooperation and information sharing.

“Let us all join hands and make aviation safe for our mutual benefit,” he urged, while tasking players in the aviation industry to work hard to sustain the gains made.

Mr. Asiamah said the expansion of the KIA had culminated in the airport being adjudged best international airport 2019 and 2020 in Africa, adding that the injection US$7 million to install three new navigational equipment would boost the safety and security of aircraft.

The US Ambassador to Ghana, Stephanie Sullivan, highlighted the growth of the aviation sector in Ghana, and noted that it had increased the importance of aviation security, screening and information sharing.

“The Airport Security Training and Equipment Program underscores the robust security cooperation between the United States and Ghana,” she said.

Ambassador Martha Pobe, who represented the Minister of Foreign Affairs and Regional Integration, Shirley Ayorkor Botchway, on her part, said the sophisticated equipment under the Anti-Terrorism Assistance Aviation Security Enhancement Program of the United States of America would help Ghana so much.

She said the shared priority of ensuring the safety of air travel was important to the government and called for exploration of all avenues to deepen the cooperation and partnership with the US Government.

“With these equipment, the airport authorities will be able to control activities of drug and arms smuggling syndicates. The installation and operation of the equipment also sends a clear message that Ghana will continue to cooperate with its partners and will not relent on its efforts in the fight against transnational organized crime,” she stressed.