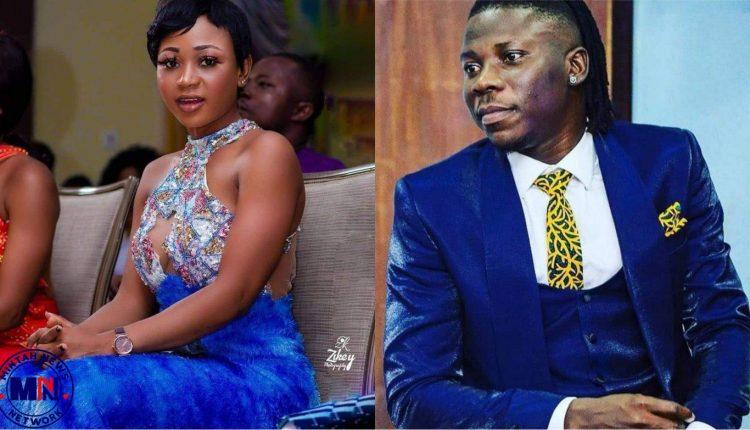 Actress and video vixen, Rosemond Brown aka Akuapem Poloo was convicted after she pleaded guilty in court for releasing ‘inappropriate’ photos with her little boy on social media.

Her legal trouble has trended on all social media platforms with her colleague celebrities pleading on her behalf.

Well, ‘Nominate’ hitmaker Stonebwoy has also added his voice asking the court to have mercy on her.

According to him, the court should consider Akuapem Poloo because her son and mother will suffer should she be jailed.

“I beg you people in the name of God.. I believe it will do poloo more harm than Good..Her son and mother will even suffer More if she’s Sent to Jail.. #ForgiveAkuapemPoloo #FreeAkuapemPoloo”