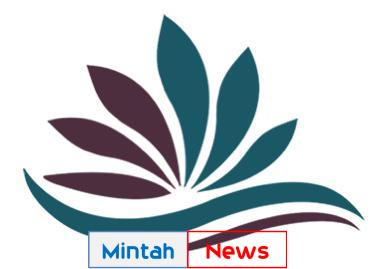 A coalition of Nigerian Muslim professionals has condemned attacks trailing Bishop Matthew Kukah following his Christmas Day Message where he allegedly berated the state of the nation, warning that unless leaders sit up Nigeria was heading towards a failed state.

The revered Bishop of Sokoto Catholic Archdiocese was also quoted as accusing President Muhammadu Buhari of piloting Nigeria into darkness in the message titled:”A Nation in Search of Vindication.”

He took swipe at the worsening state of insecurity in the country just as he berated the current federal administration of glaringly abandoning the nation’s extant federal character principles and rather promoting nepotism with impunity.

The development has been drawing criticisms from the president’s friends,political associates and party, the ruling All Progressives Congress,APC.

But reacting to the attacks on the Bishop, the coalition of Nigerian Muslim Professionals while commending Kukah for what they described as “his boldness to speak truth to power”, faulted those vilifying him.

In the statement signed by the group’s National Coordinator, Prof. Mohammed Inuwa,the group while noting that President Buhari means well for the country,faulted him in some actions taken by his administration which it said,was not promoting unity.

The Coalition of Nigerian Muslim Professionals said the country would be a great place to live if there were up to three persons like the Catholic bishop,saying those who were hiding from the truth were doing so for their personal interests.

It tasked the president to see the Bishop’s message as a wake-up call with a view to adjusting his policies and programmes for the betterment of the Nigeria and Nigerians.

The Nigerian Muslim Professionals took a swipe at those trolling the Bishop, saying they were doing it for their pecuniary gains and not the interest of the country.

It warned against twisting the message to mean the Bishop endorses coup,saying contrary to those promoting that insinuation, the revered Bishop was too learned to support such ignoble path to installing leadership,saying Nigerians with conscience would not fall to the antics of those twisting the Bishop’s message for selfish reasons.

The group said having followed Bishop Kukah’s activities and preachings since the days of the military, it was convinced that not to many Nigerians took the interest of the country at heart like kukah”.

“Even during the military era where people dreaded the powers that be at the time, Bishop Kukah,who was then a Catholic priest spoke truth to those at the helm of affairs without fear or favour. He has shown through his actions all the years that he is a true son of Nigeria in particular and Africa in general. We should support him for being bold enough to come out to speak what many Nigerians know is the truth but afraid to speak out for fear of the leadership”, the statement read.

” While we must admit that President Muhammad Buhari means well for the nation, we must say that most people in his government are grossly incompetent and don’t deserve to stay around power even in an uncivilized space,” the group stated.

The group said it would not shy away from the truth even though most of the president’s actions drawing criticisms were in favour of its region.

It flayed the glaring marginalisation of the Igbo in every facet of national life,saying the development was not promoting national cohesion which nationalists that laid down their lives for the country’s independence wanted.

“There’s nothing wrong with Bishop kukah’s statement in the actual sense. Some regions particularly the South East has been marginalized in successive governments, and the administration of President Muhammad Buhari came and amplified it with the worst,”it added.

It described those attacking Kukah as faceless individuals who were being promoted by selfish people in leadership to silence truth.

” We strongly condemn the wrong approach taken to respond to a message by a patriotic Nigerian by these incompetent people working to derail the president’s agenda.

“It is completely wrong to be attacking Bishop Kukah by some faceless sponsored groups. Bishop kukah did not in anyway call for coup, he is too learned to do that.

“We stand completely with Bishop Kukah, this government must be fair to all Nigerias irrespective of tribe and religion,” it said.