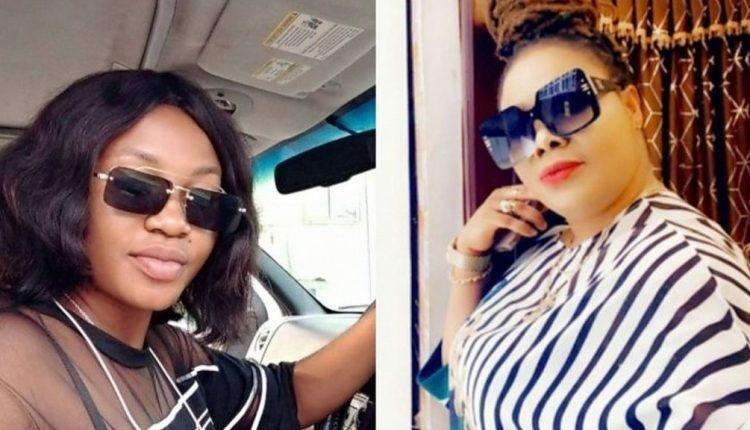 A young lady who hails from Takoradi in the Western Region has confessed that she was once scammed by Ghanaian fetish priestess Nana Agradaa.

The controversial spiritualist has been in the news for the past few days after her arrest. Nana Agradaa was arrested by state security for operating two TV stations without authorization and using them to advertise her “Sika Gari” rituals.

Following her arrest, a lot of Ghanaians have been confessing and speaking about how Agradaa has allegedly scammed them.

Adding to the accusations, a lady identified as Enyoyam Fiomayie has taken to social media to share her experience of how the fetish priestess defrauded her of GH¢1700 back in 2015.

According to her, she was not perturbed when Agradaa scammed her because she was informed that her husband was a womanizer.

As a way to get her money back, she dated the husband of the spiritualist who bought a car for her in 2016.

“She is not the only person ooo some of us feel shy to come out and talk. This woman took my ghc 1700 school fees in 2015 and scammed me. I didn’t bother myself cos I no her husband is a womanizer….fast forward I dated her husband and he bought me a car in 2016. I showed I can scam more than her don’t try a taadi girl”. 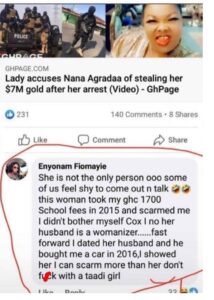 Cardi B Sets To Open Makeup And Cosmetics Products