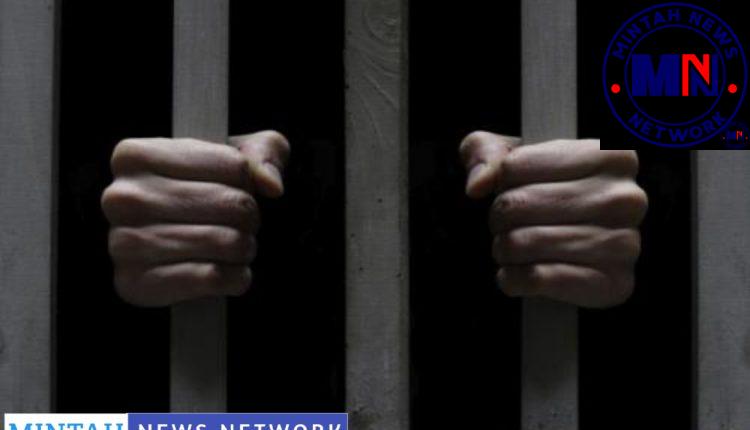 An 18-year-old driver’s mate, Solomon Oti Kwakye, has been jailed for 25 years by the Kumasi Metropolitan Assembly court following a robbery incident.

The 25 years sentence also comes with hard labour.The accused has pleaded not guilty but the court, presided by Abdul Razak Musah found him guilty after trial.

Prosecuting, Police Chief Inspector Michael Koole told the court that, the complainants Edlyn Nhyira Asor Aidoo, Kwabena Ansu and Elizabeth Ansu were tenants in a two-storey house at Abrepo–Kese, a suburb of Kumasi.

He said the convict was also a driver’s mate who resides at Abrepo old market area in Kumasi.

The prosecution said on October first, last year, at about 1:48 am, the convict together with two other accomplices now at large, broke into the complainants’ house, and attacked them at gunpoint, and demanded money and valuable items from them.

He said they threatened to kill them if they refused to surrender all their monies, mobile phones, and other valuable items.

Chief Inspector Koole said in the process, the convict and his gang managed to rob the complainants of cash, a bunch of store keys, mobile phones, and other valuable items.

The Prosecution said later, they held the hands of their victims to force them to remove the passwords on their phones to enable them to have access to their mobile money wallets.

He said in the ensuing struggle the convict and his gangs fired guns indiscriminately which caused damage in the house and after bolted.

Chief Inspector Koole said, on October 11, last year, the convict was nearly lynched by an angry mob when he tried to break into someone’s shop.

He said one of the complainants, Elizabeth Ansu who heard the news went to the scene and identified the convict as one of the robbers who came to their house and robbed them of their mobile phones and cash.

She made a report to the Police who arrested the convict and after investigations, he was charged and brought before the court.

Black Stars voyage past Sao Tome and Principe to get best position.