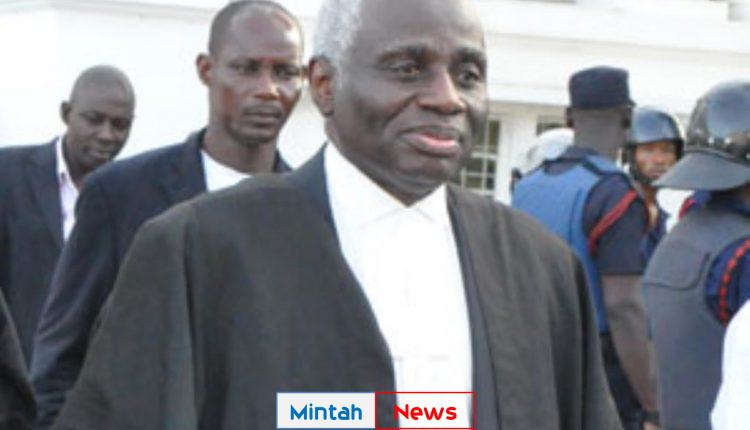 The lawyer for the residents of Santrokofi, Akpafu, Likpe, and Lolobi (SALL), has asked Justice Clemence Jackson Honyenuga to recuse himself from hearing legal arguments on an injunction case against John Peter Amewu.

This follows a motion filed by the Attorney General, Gloria A. Akuffo, challenging an injunction placed on the swearing-in of the MP-elect for Hohoe, John Peter Amewu at the Supreme Court

Arguing his case, Tsatsu Tsikata said the long-standing friendship between the Energy Minister, John Peter Amewu and Supreme Court Judge, Justice Honyenuga is likely to influence his judgement of the latter on the case.

According to him, Mr Amewu has always touted his relationship with Justice Honyenuga and it is, therefore, only right for the judge to step down.

Residents of SALL are currently in court after the State through a Deputy Attorney General, Godfred Dame, filed a motion last week Wednesday to fight an injunction they had placed by the Ho High Court on Mr. Amewu’s swearing-in.

The residents, through their lawyer, Tsatsu Tsikata, had argued that failure to vote in the just-ended parliamentary elections amounted to a breach of their rights.

They said the creation of the Oti Region coupled with a recent Supreme Court decision and failure of the EC to create a constituency for them, meant they did not vote for a parliamentary candidate in the just-ended election.

They subsequently got the Ho High court to grant an injunction but the Attorney-General headed to the Apex Court saying this decision is not legally sound.

Deputy Attorney-General, Godfred Yeboah Dame argued that the High court erred when it granted the injunction and wants the Supreme Court to set it aside.

The court on Wednesday granted Mr. Dame’s request to have an earlier hearing to ensure the matter is determined before January 7.

Race for Speaker of Parliament heats up

Just In: Clerk of Parliament exposed as controversy rages over Amewu’s injunction