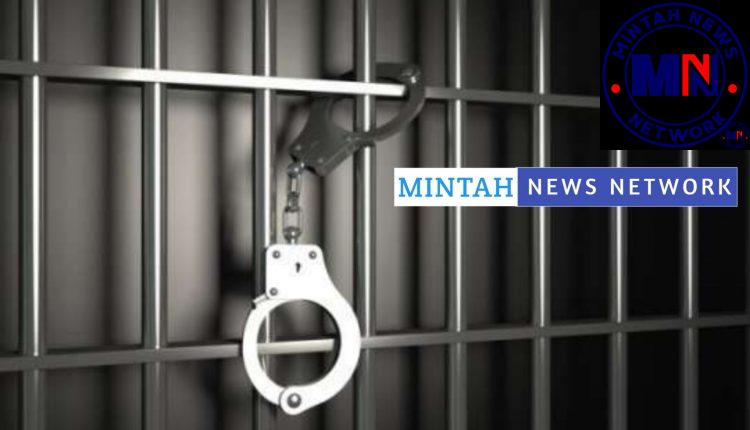 An Accra Circuit Court on Friday sentenced two persons to 18 years imprisonment each on the charges of conspiracy and robbery.

They are Emmanuel Koomson, 25, motor rider and Derrick Nyarko, 21, labourer.

The two robbed a taxi driver of GHC270 after pulling a knife on him, the complainant, Mathew Norgbetey at Sakumono.

The court presided over by Mrs Priscilla Dapaah Mireku found them guilty on the charges preferred against them after trial.

During the trial, Nyarko absconded, so the court sentenced him in absentia.

Prosecution said on November 21, 2018 at about 0200 hours, the complainant whiles operating his car, was hired by Koomson and Nyarko from a spot known as Shallom in Lashibi to Tema Newtown, Bankuman.

The Prosecution said on reaching a spot at Bankuman, near a Church building, the convicts asked the complainant to stop for them to alight, so he obliged.

Prosecution, said Nyarko quickly alighted and leaned onto the driver’s door to prevent the complainant from alighting from the car.

According to prosecution, Koomson also pretended to be removing money from his pocket to pay the complainant.

He said Koomson however pulled a knife from his pocket and ordered the complainant to give him all his money of which out of fear,the complainant handed over his sales totaling GHC270 and the two bolted.

Prosecution said November 25, 2018, at about 1330 hours, the complainant was at work at Shallom Spot Taxi rank, when Koomson and Nyarko came begging for fuel to run their motor bike.

He said the complainant on seeing them, raised alarm and with the help of some drivers, Nyarko was arrested but Koomson escaped.

Prosecution said investigations revealed that Koomson and Nyarko were arrested by the Police Patrol team on November 23, 2018 at about 0100 hours for possessing offensive weapons namely two knives and a metal bar.

According to prosecution they were granted Police enquiry bail on November 25, 2018, but when the two reported five days later to the Police, they were re-arrested for robbing the complainant.

6 Things Girls Can Never Say “NO” To; Do You Have Them Especially Number 3 And 6