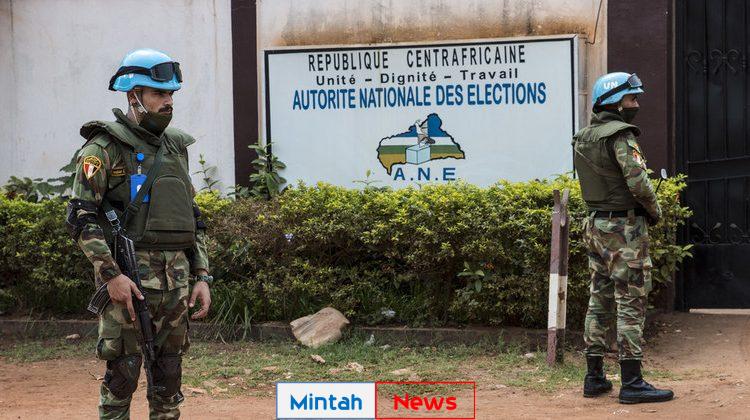 With a week to go until elections are scheduled to take place in the Central African Republic (CAR), the UN is concerned about an escalation of armed attacks, amid reports that armed groups have taken control of towns near the capital, Bangui.

“The Secretary-General has been following reports of increasing tensions in the Central African Republic with growing concern“, his spokesperson said in a press statement issued on Friday.

Mr. Guterres called for an urgent end to all hostile actions, and for Central Africans to work together, to ensure favourable conditions for the holding of credible, inclusive and peaceful elections on 27 December, and to “refrain from disinformation, hate speech and incitement to violence”.

In Bangui and in other regions, the peacekeepers of the United Nations Mission in the Central African Republic (MINUSCA) are on high alert to protect civilian populations and secure the elections.

The Special Representative of the UN Secretary-General in CAR, Mankeur Ndiaye, took to Twitter on Saturday, to reassure citizens that MINUSCA will do its utmost to ensure the security of the electoral process, and called on the Central African population not to panic, and to provide the necessary support to the national security forces and to the peacekeepers.

In view of the deteriorating security situation in the west of the country, Mr. Ndiaye decided on Friday to deploy MINUSCA forces to Bossemptélé and Bossembélé, two municipalities to the north-west of Bangui, which have been targets of attacks by armed groups.

In his statement, Mr. Guterres called on all those involved in the political process to resolve any dispute peacefully, “in accordance with the constitution and in the interests of the Central African people who have suffered for too long from violence and instability “. Mr. Guterres also called on the signatory parties to the Political Agreement for Peace and Reconciliation, signed in February 2019, to strictly implement it and to refrain from any action that could jeopardize national stability and the holding of elections.

“The Secretary-General reiterates the United Nations commitment to work closely with national, regional, and international partners, to support the people and Government of the Central African Republic in their efforts to advance peace and ensure a peaceful democratic process’, his spokesperson said.

My Son Will Be Leading The Demonstration In Techiman – Asiedu Nketia