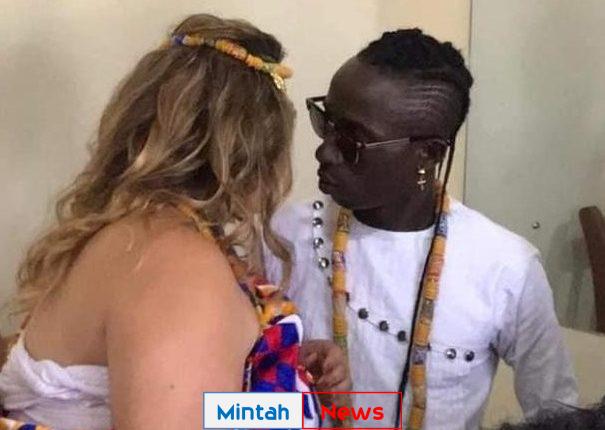 After announcing their wedding a couple of days ago via their social media handles, Ghanaian musician, Patapaa and his fiancee, Liha Miller have officially tied the knot in a traditional ceremony at Swedru.

The two were nicely dressed in traditional outfit, Liha in particular was seen in an African Kente cloth with beads necklace and bracelets where as Patapaa was also in an all white caftan dress.

The white wedding followed shortly after the traditional marriage rites had taken place.

Congratulations to the newly married couple.

Stonebwoy And his Bodyguards Arrested