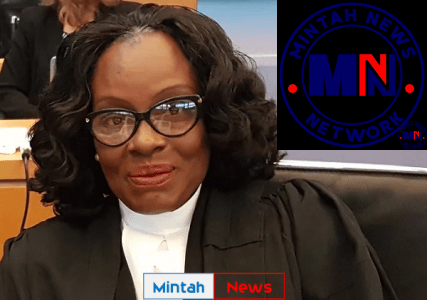 Questions are being asked whether Attorney General-designate Godfred Dame might have undermined his former boss Gloria Akuffo to get elevated to replace her in President Akufo-Addo’s second term.

Member of the Elections Committee of the opposition NDC party, Dr. Ibrahim Zubeiru floated this question as a possible reason for Mr. Godfred Dame’s elevation.

Dr. Zubeiru who doubles as the Chairman of the Accra Technical University (ATU) chapter of the Technical University Teachers Association of Ghana (TUTAG) said the advice of the former Attorney General on the Agyapa Deal could also be a factor while Godred Dame rose to the occasion where his boss fell short.

“They didn’t take her advice on the Agyapa Deal because they didn’t like her view on the controversial issue. If she’s advised you and you think that that will not help you and so you can’t work with her that’s unfortunate. They’ve rather elevated her deputy to become the substantive minister. Is it a case that she was undermined by her deputy?” the NDC lecturer wondered.

According to him, Godfred Dame did stuff that Gloria Akuffo wouldn’t agree to do.

“Godfred Dame was instrumental in the challenge of NDC MPs elect in court. The issue with the Upper Denkyira West seat was led by him, he’s the same person behind the injunctions on our MP for Cape Coast North, again he was involved in the challenge of the Sene West seat,” Dr. Zubeiru said.

Gloria Akuffo’s opinion on the controversial Agyapa deal added to the storm against the government.

“This will amount to executive interference of the powers of the judiciary, which is a violation of the concept of separation of powers as provided under the Constitution of Ghana. Therefore, the executive arm of government can not enter into an agreement that curtails the independence of both the Legislature and the Judiciary.” Her opinion on the deal read.

The sad story of how Rev. Frimpong Manso was disgraced by Presbyterian Church