We will reconsider our consensus-building agenda with NPP – Haruna Iddrisu 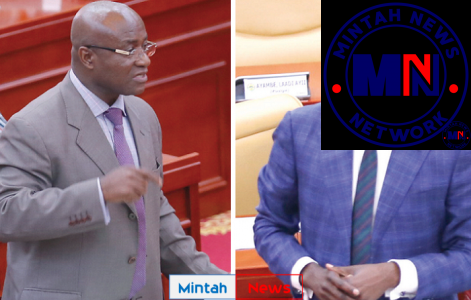 he Minority Leader in Parliament, Haruna Iddrisu has given indications that his side of the House, the NDC, will reconsider the ‘building consensus’ agenda with the NPP after it shot down a motion from one of his own, Mahama Ayariga.

The Bawku Central Member of Parliament had moved a motion proposing the government absorbs fees of students in public tertiary institutions this year, and to extend support to private universities for the 2021 academic calendar.

Before moving the motion, Mahama Ayariga indicated that his request was due to the dire impact of COVID-19 on the incomes of individuals and businesses but the New Patriotic Party MPs on the Majority side voted against it.

This, according to Haruna, is disappointing and shows their lack of support already in the House, in the wake of several calls that both sides work together to ensure progress seeing that it is a Hung Parliament.

Haruna Iddrisu was speaking to Citi News on the outcome of what he described as a blow to the prospects for consensus building between his side and their colleagues on the other side of the House.

“Building cooperation and consensus may prove difficult going forward because this was our first opportunity to have cooperation from those in the government. It means they are not ready to cooperate, not ready to build consensus, and they probably may find it very difficult asking us the same in the foreseeable future,” he said.

The NPP shot down the motion on grounds that already, the government has provided enough support and interventions in the area of education due to the pandemic, making the motion unnecessary.

“I am very scandalized by their approach. It is not all the time that when you are trying to solve a problem, you throw money at it. You can solve a problem by throwing efficiency and prudent management at it,” a shocked Mahama Ayariga said after the voice vote that shot down his motion.

The 8th Parliament of Ghana’s Fourth Republic is split in the middle with both the NDC and the NPP having 137 seats each, with only one Independent Candidate in the House who has elected to do business with the NPP side.