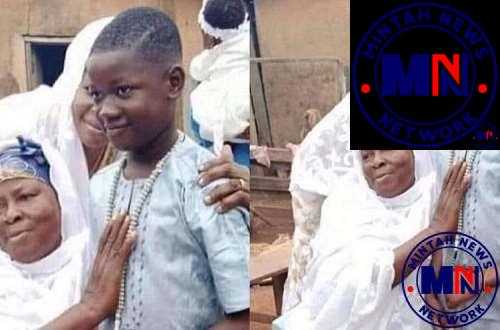 The mother of the 10-year-old boy who was hideously murdered by two teenagers on Saturday, April 3 at Coca Cola, near Lamptey, a suburb of Kasoa in the Central Region has indicated that the arrest of the fetish priestess on Wednesday has brought relief to the family.

The fetish priestess, who is alleged to have persuaded the two teenage suspects – Felix Nyarko, 16, and Nicholas Kini Kwame, 18 – to kill Ishmael Mensah Abdallah for rituals was arrested at Amanase near Suhum in the Eastern Region by a team of police officers to assist with investigations.

Sahadatu Adams on Onua fm today, said the entire family of the victim is elated over the arrest of the fetish priestess.

The bereaved mother is positive that the fetish priestess would be made to face the full rigours of the law to serve as a deterrent to other spiritualists who advertise on national televisions luring the masses into money rituals.

She told host Kwame Tutu that she heard about the arrest of the fetish priestess in the news Thursday morning and that has at least eased the emotional pain the family was going through.

She said it was a fervent prayer of the family so that the Lord would help in apprehending the one who covertly coaxed the suspects to kill her son and prayed that the authorities would allow the law to take its course.

“I thank the Lord that the one behind the death of my son has been arrested. I hear she is breastfeeding a baby and I hope she would not be happy if her baby is killed in cold blood like she did to my son.”

The authorities must allow the law to work so that she feels the pain I’m going through, she reiterated.

Sahadatu Adams disclosed that all arrangements have been made to lay Ishmael Mensah Abdallah to rest on Thursday at Kasoa after traditional rituals are done.

Le@ked Video of Naket Woman Who Went To The Shrine To K!ll Akufo-Addo And Other Top People Causes Stir On Social Media