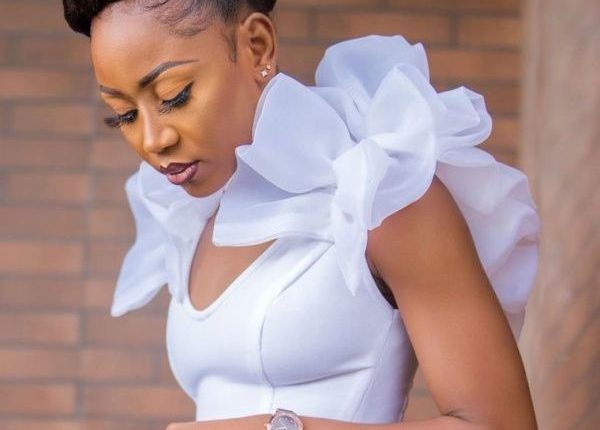 Lawyer Samson Lardy Anyenini, has explained why the trial judge, Her Honour Christiana Cann, of the Accra Circuit Court ordered for a pregnancy to be conducted on actress Akuapem Poloo before her sentencing.

“In the interest of mother and unborn child, the law mandates that if the test proves positive, the judge shall hand a non-custodial sentence or pass a sentence but suspend its execution until an appropriate time – meaning the pregnant convict does not go to jail.

“But if she commits another offence during the period; she will be made to serve both the suspended and fresh sentences together,” Lawyer Anyenini said.

He went on: “The judge acting within the law had the power to hand her the maximum of three years for the first offence, then a maximum of GHC 60,000 or plus two years each for the second and third offences.

That’s seven years altogether, but she handed her 90 days for each offence and even that she ordered the sentences to run concurrently, meaning she serves only 90 days and not the total of 270 days.”

Lawyer Anyenini said, the court had the power, taking all circumstances into consideration, to opt for non-custodial sentence of fine plus a bond to be of good behaviour or a caution.

“It is the court that was seized with the facts, and it must have been aware of your uproar and shouts decrying her conduct and calling for action when she first published those pictures  what hypocrisy of a confused generation in dire need of principles, a sense of decency and a scruple of morality. May the child survive the potential effects of what he was put through by her mother,” he stressed.

Actress Rosemond Brown popularly known as Akuapem Poloo has been jailed 90 days or three months by an Accra Circuit Court.

Akuapem Poloo was last Wednesday convicted on her own plea by the court after pleading guilty to three charges. of publication of nude pictures with her seven-year-old son. She changed her not guilty plea to guilty before being convicted.

She was sentenced to 90 days on each count but the court said, the sentence must run concurrently.

The Court presided over by Her Honour Mrs. Christiana Cann, said such cases are becoming prevalent in society, and institutions including the court must act.

The court said it took into consideration all the plea for mitigation before arriving at the decision.