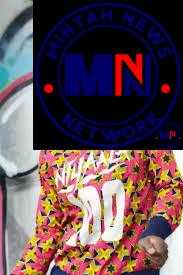 Wiyaala, also known as the Lioness of Africa, has released touching visuals for a song she wrote to celebrate her cousin, Captain Maxwell Mahama, who was lynched at Denkyira-Obuasi in 2017 on suspicion that he was an armed robber.

Wiyaala released the video on March 28, 2021, and dedicated the piece to “the Captain and to all departed souls” including those who have lost their lives in this COVID-19 era.

‘The Captain’s Lament’ was taken from her internationally acclaimed ‘Sissala Goddess’ album released in December 2018. The song in Wiyaala’s native language describes how death is inevitable.

Wiyaala said: “When I wrote the song, I was imagining Captain Maxwell on the other side, lamenting for his family and the loved ones he left behind.”

Captain Mahama left behind a wife, Barbara, and two sons Jaden and Jeremiah.

Watch the video below