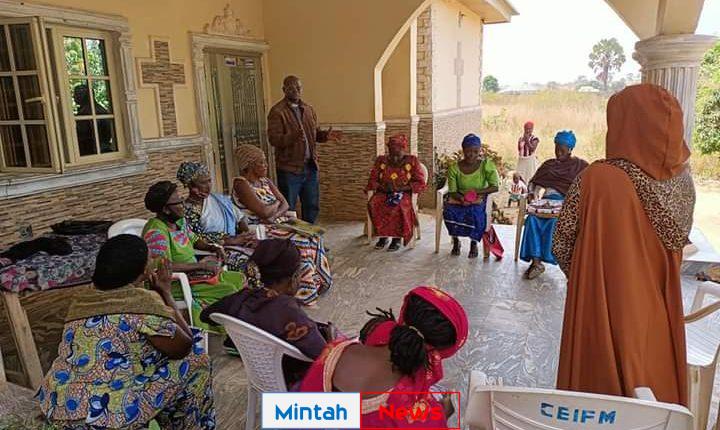 Ahead of Christmas and new year celebration, A Muslim woman, Hajiya Ramatu Tijjani,on Tuesday had donated wrappers  to Christian widows and some Internally displace persons that were  residing at Kujama –chikum local Government  for  Christmas celebration and new year  in Kaduna,  as part of efforts to boost peaceful coexistence, religious tolerance  and better understanding among Different faith base organization in the country.

She said , This year Christmas and new year celebration  came amids of noble Corona virus pandemic and economic recession,adding that it would be very difficult for the widows and other women that were affected with ethno-religious ,political crisis to celebrate it in a happy mood ,  and hence the need to help the needy at this moment,

According to her, more wrappers  will also be shared to other churches in Kaduna and other neighbouring states.and the aims is to help the widows and the internally displaced women celebrate the season with joy and happiness like every other Christians across the world.

She said the gesture was her contributions toward  strengthen peaceful co-existence among different faith organisations in the country.

”we must join hands in order to  shun all forms of ethno-religious, political crisis bedeviling peace and stability in the northern part of Nigeria,”.

She said, every year,she used to visit some churches and searched for the widows in order to donate new wrappers to them,so as to see them in happiness

She said the reason for the support to Christian widows and refugees  was to enable them celebrate the seasons with joy and happiness.

The peace ambassador from Northern Nigeria said her gesture was to reduce the hardship many widows faced in the communities during a season like this, and to make them happy.

Tijjani said she was targeting over 100 poor Christian widows  including the Internally Displaced Persons (IDPs) in various camps.
”I enjoy helping widows and elderly persons and their families at all times and it is my hope to see other people emulating me in helping the poor and other needy person as season like this approaches,

” she said. The peace mediator added that peaceful co-existence between Muslims and Christians was the foundation for sustainable development and that would move the country ahead.

She stressed the importance of tolerance among different faith and called on the Federal Government to create an Institute of Comparatives Studies in the country to promote inter religious dialogue
She urged marketers to cut down prices of food stuffs,while thanking federal Government for the effort to open land borders.
.
While calling on wealthy Christians across Nigeria to always remembered to share food during the celebration

Tijjani appealed to Christians all over the world to pray for Nigeria to bring an end to the continuous killing ,kidnapping,banditry and unnecessary Kidnapped of schools students

Buru said last 3 years, the philanthropist distributed foodstuff to the widows of his church for the Christmas and the Lenten season

One of the Refugees from Kujama,says this is the first she is meeting a muslim woman that touches her heart with her kind gestured.

She pray for her and appealed to state and federal Government to remembered because there were abandoned by the Government.